Between Breakers and Borders

Borders are a geographical feature imposed by humans on the natural space in which they breathe and function.

This phenomenon is highly evident in the landscape created by mankind on Earth. It has powerfully impacted people’s way of life, their culture, their international relations. Maps, which mark out borders, serve as part of the human system of control over the environment under the guise of scientific accuracy and description of the world around us. In actuality, maps are like paintings in their subjective view of the world. Both maps and paintings are representations of reality, interpretations rather than the reality itself. Maps are a reflection of our beliefs, what we consider important, and our desires and aspirations.

In recent years, Israeli and international art has been characterized by a trend towards subjects dealing with boundaries, nationality, immigration, and identity. A comprehensive survey and exhibition on the subject of the map is being held in the Eretz Israel Museum, presenting the concept of ‘mapping’ as an artistic and ideological venture. Tamar Hirschl concurrently presents a painting exhibition at Tel Aviv Artists’ House of maps and refugee ships, however she does not limit herself to representing the boundaries and physical limitations of maps, but rather the social and philosophical ideas behind them.

In the selection of works presented, we see how Tamar attaches her own interpretation to maps and borders. She makes use of familiar maps, many of Israel, to convey social and political messages. She sketches, colors, pastes, and draws on the maps; yet her insight remains even when the images are self-evident. Tamar uses visual tools and images to create symbols which, through their presence on the maps, give meaning to their representation in reality. The maps in this exhibition are presented alongside paintings of sinking boats and refugees seeking aid. These paintings provoke the tension and disquiet associated with subjects of migration, dislocation and relocation, conflict and contact. Sometimes the pieces are held together by surgeon’s sutures as if to demonstrate the pain and difficulty of living together within the abstracted boundary lines that borders represent. 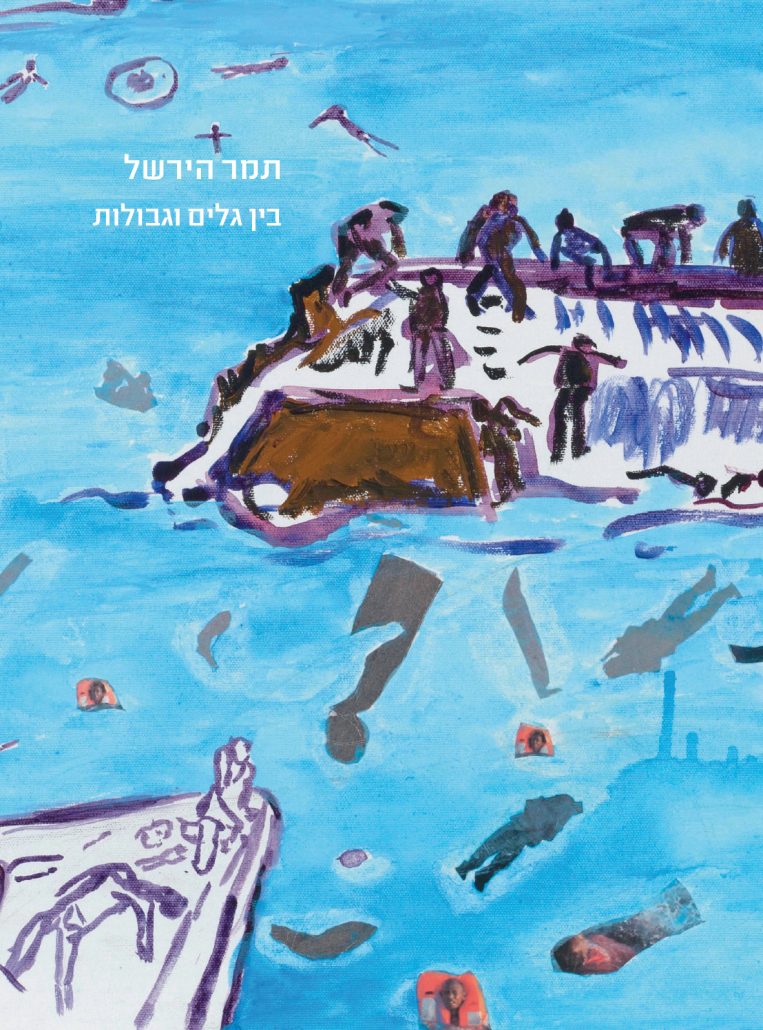 Through her artistry, Tamar Hirschl builds a complex and rich world of images. She combines a creative and technical command of her medium to convey a particularly relevant message. As refugees knock on the gates of sanctuary countries, the free world is placed in the dilemma of living with open or closed borders, diversity or nationalism, humanity or closed-mindedness. The reoccurring question that keeps surfacing is: where do we draw the line? Tamar’s work, in touching this question, throws it wide open for discussion.